The next day I said goodbye to Tuomo and tried to hitchhike to Rovaniemi. This turned out to be very difficult. I remember walking along a highway, and decided I had had enough, so I got back to Oulu, where I waited in a “cafe de Provence” for my train to Rovaniemi, writing, of course.

The trainride was really comfortable, and I arrived in a small snow-covered town, where I phoned up my couchsurfing host who would meet me in hotel Santa Claus. Yes, Santa lives here in this town on the Arctic Circle, they say. I have other information though, that he lives further east, near the Russian border. And so I met Veronika and Juusi, we went to a bar, and could almost immediately connect to each other. She mentioned a trip to Tromsø, and I said yes to it without hesitating a second. I never seem to run out of luck (but that is also where the saying “lucky in games, unlucky in …” might eventually cause me some trouble.
The keys of Veronika’s bike broke and got stuck in the lock. After some trial and error, I managed to open it with cutting pliers, thus proving I was okay. We took the sauna with eucalyptus essence and a good conversation. We made snowflowers outside. Running naked through the snow at 2AM. Welcome to Finland.

But the coldness was compensated with the hottest event of the year. It was election night. I stayed up watching the first results come in, until the computer crashed and I went to sleep.

The next day, Veronika was out, and I wrote in the kitchen, listening to my only source of information: a Finnish radion station. When the words Obama and president became significantly more frequent and the intervals smaller, I realized that he had won the election. I turned up the volume and sang along with every song they played. I also cried, but so did Colin Powell so I am in good company. After Veronika came back, we had a meal together, and cycled downtown. And that is where I met Tasos the Greek.

He was a funny and interesting guy, I could see that immediately (I told you I would write that, Tasos…!) We went to the same bar that night for a few Obama-beers. The pictures are taken during my bicycle trip the next day, but today’s post is borrowing them for aesthetic reasons. 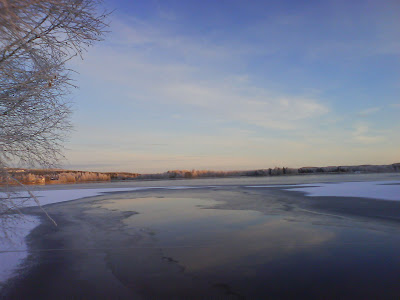 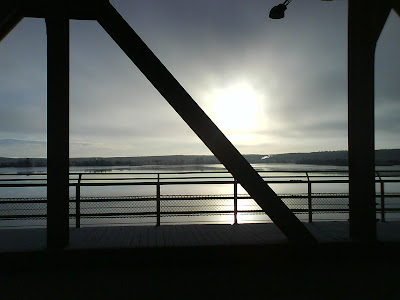