Eucalyptus trees depend on fire to release their seeds. Plants need CO2 for their survival. The ignorant, as well as the evil, can point at facts like these to undergird their complacency and inaction in the face of climate change. The ease with which they appear to convince themselves that any worldview matching their lifestyle … 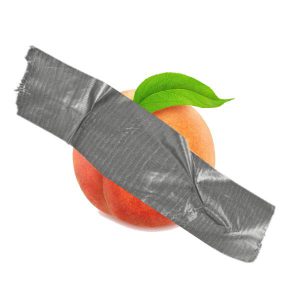 And Moses sayeth unto the LORD I implore you my LORD, could you give me a glass of water? The LORD, comfortably seated was holding in His hand a celestial glass of water. But His heart was capricious and on that day, He did not feel like charity, nor did the thought cross His mind …

The Luck of Interest

If you write a book, you have to be that book. Your time must become the time of the book. If you engage in public discussion on social media, the world (the others) will always be a step ahead of you. Only the latest analysis and verdict are worth mentioning – everything else is irrelevant, a mere object …

We contribute to human progress by empowering people to express themselves, learn about the world, and have fun together.

Corporate Social Responsibility also means: to manufacture the kind of desires in your customers that don’t lead to the degradation of the ecosystem.

Profit maximization is a ‘clean’, strong forcing idea, i.e. one that allows for the abstraction from local context. It binds human actions together in a social structure that proves very hard to disentangle. Communal welfare cannot abstract from life in this way. The internal motivation hinges on local outcomes and thus erodes, leading either to societal collapse or suppression, which represent more primitive forcing ideas, namely following orders and immediate survival.

The your Work should be your Passion Trap

Almost every day, I read or listen to interviews with people who proudly proclaim that they have found the profitability in their passion. They no longer have to ‘work’ and have banned all tedium from their lives. Their message is, unequivocally, that we should aspire to do the same. If we just stick with our …

The Fear to End all Fears

“What is the purpose of life?”
“Mainly gloating over the misfortunes of others”
“And you say evil comes from religion, huh?”
“…And then there’s irony.”
Christopher Hitchens

“Can I talk to a real computer please?”

Culturally, the watershed moment will be when people begin to prefer AI over other people. Only if and when that happens, will there be something like a 4th industrial revolution – a revolution that ultimately overcomes homo sapiens itself. From: Kamiel Choi, our last century.

I never was much of an athlete. Think of the boy that is laughed at in school and never picked for the soccer team – you get the picture. I started running and even doing 5k, setting my goal at 10k has a markable effect. You don’t need to run a marathon in order to …

In the end, we are all big-brained monkeys with a limited capacity.

Aronia is a super berry. This is not a commercial blog so I won’t give you a comprehensive overview of its benefits (just follow the link already). I have read a little bit about the berry, watched some videos and came to believe it is kinda good stuff. Since it was very hot here in …

Is literary writing the art of making cultivated loneliness feel like engaging conversation? 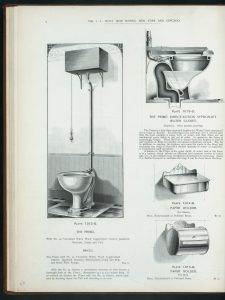 I want to relate an experience I had today and that has exhausted my battery of expletives. It is as banal as it can be: The flushing mechanism of the toilet in my apartment broke. At first, I scoffed at it, remembering that a friend once told me, “if it’s yellow let it mellow, if …