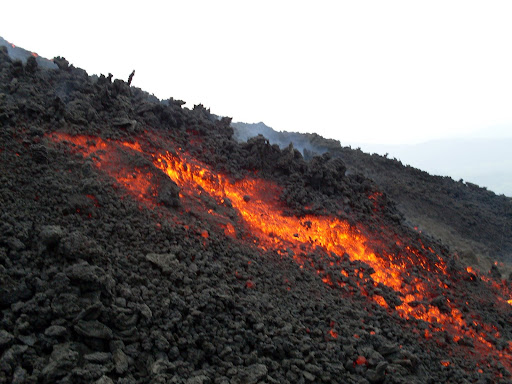 Relativism… the paradox has been forgotten. People don’t appear sensible to the idea that presicely because of the relativist phase we are in, a fertile soil for new Great Stories is being created. The relativism of the Last Stories presumes a linear concept of history, history being the meta-story and thus in contradiction to the believe that there are no longer Great Stories. It follows that an appropriate view of history would be periodical (ewige Wiederkehr des Gleichen) in a weaker sense: the recursion must not be eternal, and what recurs would be the similar, not the same. What remains is the idea of a recurring pattern of believes and societies. I am not claiming this is the true version of history. It is a version compatible with present-day relativism.
When we confront Hegel (or rather: Hegelianism) and its perfect system of synthesis, leading to the concepts of Absolute Spirit and the End of History, absolute reflexion (der absolute Geist der sich selbst betrachtet) how can we defend our skewed perspective? Aren’t we exposed to the compulsion of continuing logically to the next level, all the way up the ladder? Towards a Point where as much as possible is present, conscious? I think the key to an answer is the idea of forgetting. To defend our concept of history against a Hegelian perspective, to immunize it against the necessity to develop it into a bright blossoming Absolute System as it were, we elaborate on forgetting.
Forgetting: flushing the canals of history. The Geist over our heads can forget and does so with greater precision than we do. Forgetting is vital to him. It couldn’t surve as a superstructure with the complete memories of mankind. Why not? As it is vital for religious beliefs to erode, transform. The concept of an Absolute Spirit realizing itself through History has always been just an interpretation. Hegel’s way to proof his case is one of the greatest intellectual achievements of our times. He establishes a chain of necessities. As soon as we perceive of the world, we see the Hegelian inquirer/inquisitor asking us questions, we have to answer until we arrive at the Absolute Spirit. But the Hegelian inquirer is still a person. It’s a personal philosophy like the Christian God is a personal God.
We forget and we do forg 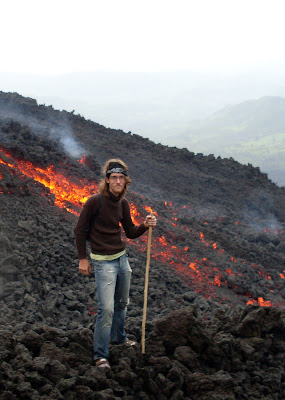 et essential things. Of course we cannot proof this point since what’s essential is determined by the perspective of the present. It’s a belief. –
History can forget essential things, too. Every epoch defines itself. What do I mean when I say history essentially entails forgetting? Forgetting is not a way to cut out dying tissue from the body of collective memory. It is a vital process affecting its very organs thus keeping it healty and semi-circular.

In the morning I can write in my gringo hostel “Jungle Party” and take a calory-loaded breakfast. I have a ticket to the active Pacaya volcano in the afternoon. Yes, an active volcano and a rather popular one since I meet a lot of people who hike this volcano. It’s the easiest volcano to climb in the region. And we get to see something! After a short busride, we start to walk up to where the lava is. Some local guys offering horserides come with us, but it’s an easy hike. We run down a slope with volcanic dust and climb towards the streaming lava over hot stones. It gets really warm now. I’m the only one with sandals but they don’t melt. The little daredevil inside me called and I approached the lava close enough to put my walking stick in it. It caught fire inmediately. Some guys roasted marshmellows; I roasted a coin as a souvenir. The guy taking a picture of me from some four meters distance says it’s too hot. Red hot lava rocks tumble towards where I’m sitting; it’s amazing. In Europe the volcano would be closed. Here, nobody cares how close you get to the lava. I really like it.

I go out with the Swiss girl who works here and we drink cheap Cuba libres in a place called “Kafka”. We share our travel experiences and plans in a good conversation.