Can you change the world by traveling? Sure, there are eccentrics who hop around the world on one leg and allow us to sponsor them, or rich philantrophes who organize a soup kitchen on the deck of their yacht. But the normal tax payer? Apart from self-evident things like ecologically and socially responsible travel we can’t do much, or we’d have to apply with a big organization for an expensive “placement”, sometimes in two years or so. 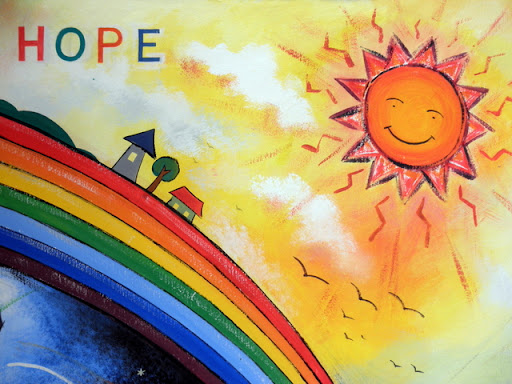 That individuals can do much more than that is what two idealists want to show with their adventurous world journey called “Charity Travel” . Kamiel Verwer (philosopher, Dutch, 1979) and Yeon Choi (set designer, Korean, 1973) are traveling from October 2009 until October 2010 to about thirty countries where they support local charitable initiatives and small scale ngo’s. Their causes range from nature conservation, orphans, refugees, education, healthcare, and human rights.
They want to show that travelers can help en route in a meaningful and effective way where it is needed the most, and that it can be easily combined with a very pleasant stay.

Charity travel has supported thirty-seven causes by the end of July 2010, like Peace Groups in the West Bank, where a young Palestinian holds Peace workshops for over a hundred children near Ramallah, the construction of a Community Center near Lake Victoria in Western Kenya. They sensitized at risk children about their rights in a Nairobi slum and supported ecological composting in Mozambique. They helped an orphanage in Tiruvannamalai, southern India, to generate their own income, and donated to earthquake victims in Sichuan. In Laos they supported a school and in Cambodia several projects related to education and poverty eradication. After planting mangroves near Bangkok on Earth’s day, they moved on to work with a children’s center in Bali.

But what do they actually do? They build, paint, teach, cook, write, play, and translate. They go to local markets and shops to buy chairs, mats, tools, stationary, books, glasses, footballs, sewing machines, wood, or a tricycle they donate to their current project. They advise and share their growing knowledge. They write about the projects on their website and in the book they are working on. They also establish contacts between different projects and potential volunteers. This has proven to be particularly valuable.

This way of helping is possible for almost every traveler, and can be organized quickly by  making efficient use of the internet. Nobody needs to donate a lot of cash, often the right contacts and an enthousiastic approach are more important for the projects on the ground. Travelers with a little imagination can mean a lot for a small scale project. Even a small detour during a summer holiday can contribute something essential while leading to an unforgettable and humanly rewarding experience.

A detailed description of all supported projects and concrete tips and weblinks about how to become a “charity traveler” yourself are available at: charitytravel.blogspot.com.