Famed British war poet Siegfried Sassoon (1886-1967) from a family that was called the “Rothschilds of the east”, wrote acclaimd poetry about the trenches of the first world war, so we put the fellow in our anthology. Later in life, he converted to catholicism, a mental swift that also produced some poetic residu, albeit not of the grandure of the early work. Let’s read a shorter verse simply called ‘attack’, inspired as all Sassoon’s poetry by his experiences in 1915:

Attack
At dawn the ridge emerges massed and dun
In the wild purple of the glow’ring sun,
Smouldering through spouts of drifting smoke that shroud
The menacing scarred slope; and, one by one,
Tanks creep and topple forward to the wire.
The barrage roars and lifts. Then, clumsily bowed
With bombs and guns and shovels and battle-gear,
Men jostle and climb to, meet the bristling fire.
Lines of grey, muttering faces, masked with fear,
They leave their trenches, going over the top,
While time ticks blank and busy on their wrists,
And hope, with furtive eyes and grappling fists,
Flounders in mud. O Jesus, make it stop!

Dun means brownish grey. I think of Verdun. The description here of the moving tanks that ‘creep and topple forward’ is excellent; spouts of drifting smoke that shroud prepares just the right rhythm. The men come behind the tanks, with shovels and battle-gear. Oh, Siegfried, you died at the height of the Vietnam war, just before the Tet offensive, and your imagery of the first world war reminds this reader in 2017 of that insanity, he only knows from movies and books. The jostling and climbing man, to meet the bristling fire. Isn’t that Hamburger Hill (1969) right there? Oh, Siegfried, if only your pacifism had caught on.

Can you see the lines of grey faces emerging from the trenches? ‘Going over the top’ is the expression they used. Every second counts, like when Sassoon saved a wounded soldier on the front lines. Hope ‘flounders in mud’. I hear ‘Flanders’, of course, and will when I visit these places again. The little furtive eyes piercing the darkness while their world sinks in mud. And then there is Jesus, omen for Sassoon’s later conversion to Catholicism. 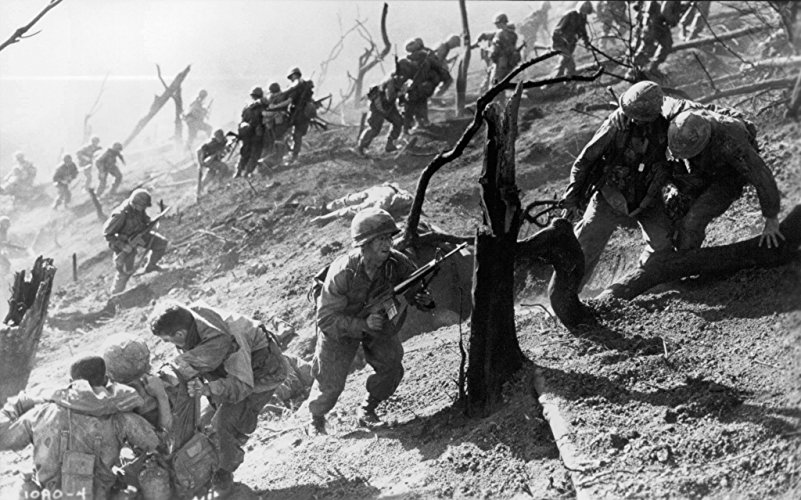