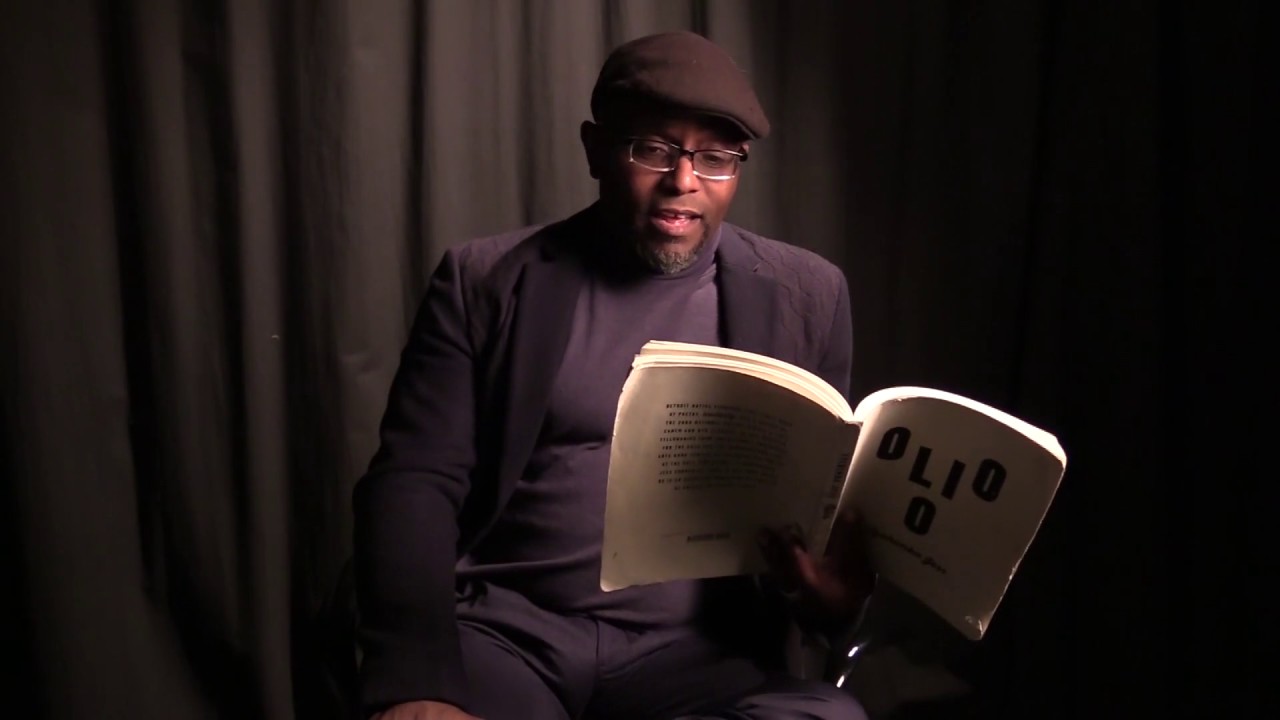 Tyehimba Jess (b. 1965) is the winner of this year’s Pulitzer Prize for his poetry book ‘Olio‘. Born in Detroit, he currently teaches at the College of Staten Island in New York City. I was impressed with some pages of Olio, a complex and beautiful poetic journey into the life of African American performers from the Civil War period up to World War One. Here is one poem from that book:

What Marked Tom?
Did a slave song at a master’s bidding
mark Tom while asleep in Charity’s womb?
The whole plantation would be called to sing
and dance in Master Epps’ large parlor room—
after work sprung from dawn and dragged past dusk,
after children auctioned to parts unknown,
after funerals and whippings. Thus
was the whim of the patriarch. No groans
allowed, just high steppin’ celebration,
grins all around, gritted or sincere.
Charity threw feet, hips, arms into motion
to please the tyrant piano. Was it here
Tom learned how music can prove the master?
While he spun in a womb of slavish laughter?

I take it Charity is the name of his mother and Jess is referring here to the hyped ‘Mozart-effect’ of playing music to children when they are still in their mother’s womb in order to stimulate their creativity. With a few words, Jess paints the picture of plantation life: The cruel Master and his luxury, the long working hours, and the horrendous auctioning off of children. Mentioning funerals and whippings in one sentence normalizes the latter, which makes this poem haunting.
At the whim of the patriarch, the black folks dance and is forced to smile. The desperate mother plays the ‘tyrant piano’ for the scumbag slaveholder. The instrument is introduced as a tyrant that has to be pleased, a far cry from a medium of authentic blues let alone songs of revolt. Tom learned about music, that it can ‘prove the master’ – prove him something? Reaffirm him as a master? Or rather, put him to the test? Did little Tom learn about the subversive power of music while listening to a slave song during the auctioning off of children?

One thought on “Reading: What Marked Tom by Tyehimba Jess”