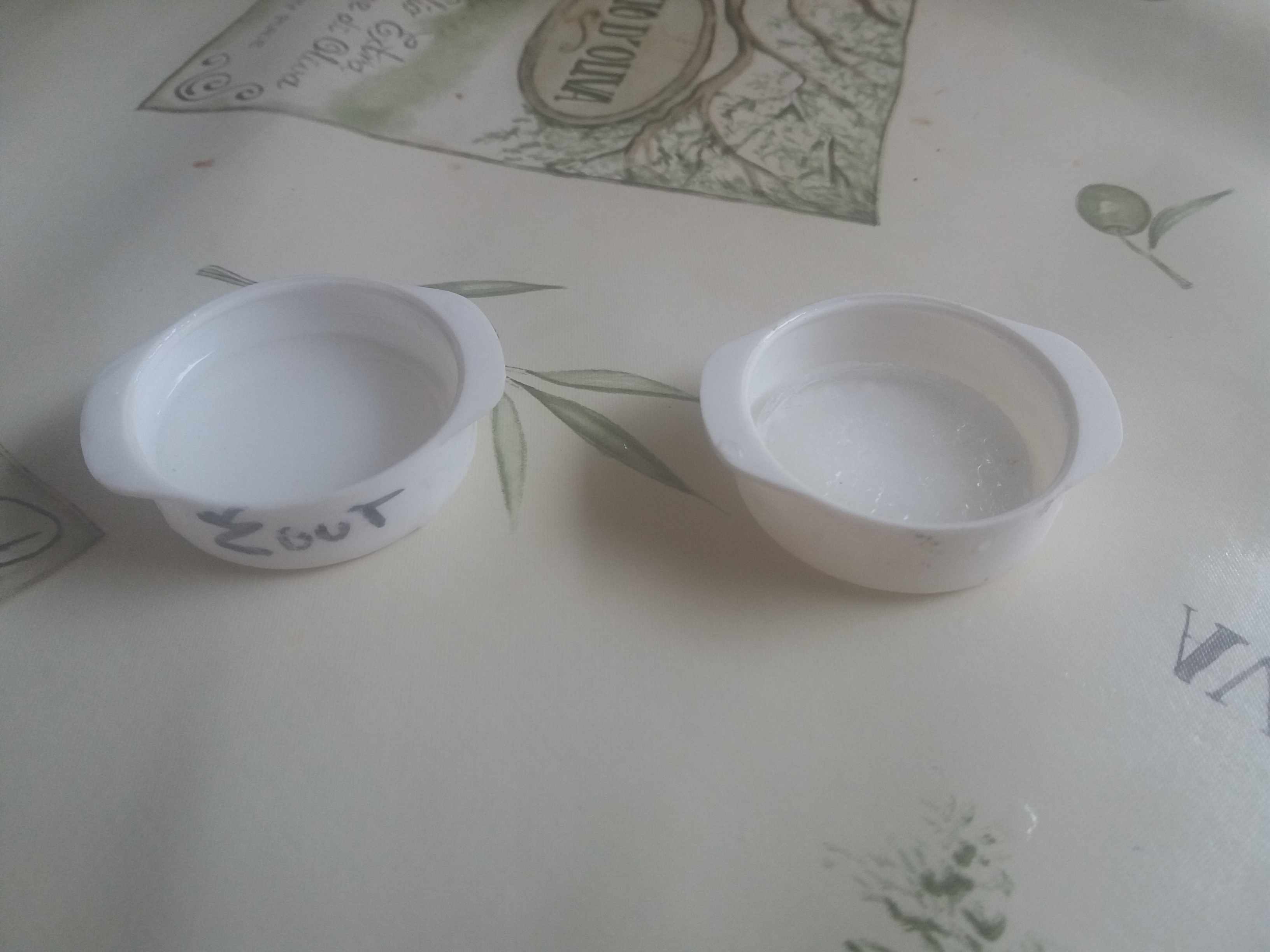 It is not because I have conclusive evidence of it, but because I enjoy teaching new things to my daughter Miru, that I believe we should introduce the most basic concepts of science to our children as early as possible. When Miru and I were wondering if the sea could freeze over, I suggested that we could do a little experiment with two cups of freezing water, one with and the other without salt. She is only five, so I decided a binary setup was enough: “does contain salt” versus “does not contain salt”. I explained her what a hypothesis is and that ours was that the water in the salty cup would not freeze. We filled two small cups with tap water and placed them in the freezer.

The next morning I reminded her of our experiment.
“Oh yes yes yes the experiment!” my little girl shrieked, rushing to the freezer to open the door. I took out the two cups. When she found out that the pure water had turned into a block of ice, while the salty water only had a layer of frost on the top, she smiled victoriously and we high-fived.

What did she actually learn from this experiment? Can she design experiments now in order to answer questions about the structure of the world around her? Can she judge a good experiment? Does she know the difference between a hypothesis and a wild guess? Perhaps not. But she has been primed and prepared for more experiments. She has been introduced to the scientific attitude, that at its most fundamental defies any authority that doesn’t try to defy itself (I just came up with that definition, let me know what you think). Eppur si muove.

Soon, she will learn that the theory generating our hypotheses should be falsifiable, and that the experiment should be repeatable. I don’t plan to replace her bedtime reading of Tolkien and Roald Dahl with Karl Popper or Thomas Kuhn, but to do more experiments with her. Don’t take daddy’s word for it – trust only that what you can most readily question – your own senses and mind.

One thought on “Experiment”