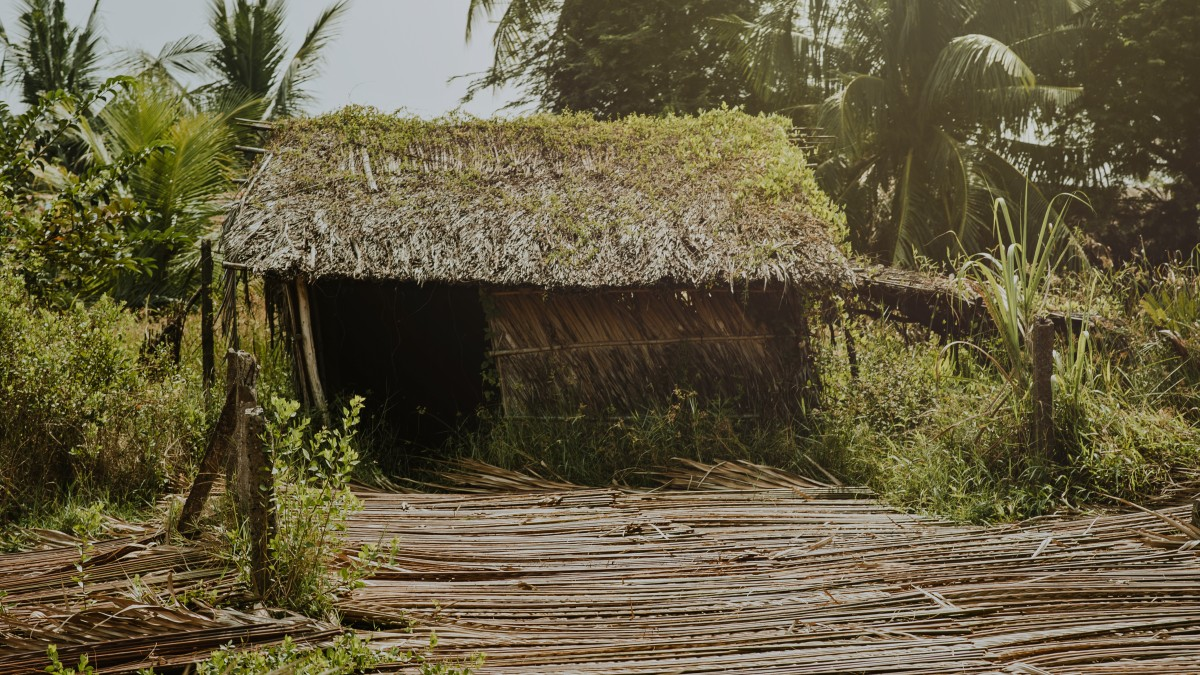 O my 43th birthday, I took my bicycle to a nearby town to pick up a shovel that I had bought online. I was going to build a club house with my daughter, next to a small river on public land. We found two trees and a log that fit perfectly on the branches. We collected stones from the road side and pallets from a nearby distribution center and leveled the ground with my shovel. We had created a fun platform for children to play in the warmer months and passers-by to rest. Thinking like a commoner, I saw that the structure sat well between those two trees. We collected tree trunks and willow branches to create a wattle and daub wall. We were going to weave baskets using ancient techniques that we read about on YouTube. It was great fun, as long as it lasted.

And then one day, we discovered that the entire club house was gone: all the pallets, the chair, the stones, the bottles we had collected, the note “Club house for children – please tidy” my daughter had made. Everything was taken away, obviously by the municipality that had been notified of ‘littering’ or ‘illegal building’, or any other category with which they criminalize natural human behavior. I wasn’t completely surprised: one of the reasons I left the Netherlands twenty years ago was its stale bureaucracy, its lack of ‘soul’, as a Turkish friend puts it. Part of why I had begun to create a shelter was to evaluate the spirit of our surroundings. It doesn’t have one.

My daughter was angry and I tried to explain to her the soullessness of what had happened. Thankfully, her sadness did not last long, and for me, it was a relatively cheap and effective way to rekindle my misanthropy and conclude that the Netherlands is definitely not my country. It also inspired political apathy and cynicism.

From a Commons perspective, this sort of activity should be applauded. There is something magical in sharing a structure we build or maintain with strangers, a social dynamic unfolds that brings about the best in people. Elinor Ostrom has written beautifully about commons management. We could briefly feel the spirit of the commons: We were hoping that other children would visit the club house regularly and add things to it.

Alas, the city government disagreed. Using my tax payer’s money, they cleanly removed our lovely structure, along with my hope for the possibility of ‘guerilla commoning’ in the Low Countries.

I think that every child should be able to experience a Commons, made by and for children. They should know that there is a Third Way we can organize stuff, that is not the government nor private property. Iam sure it will stimulate their creativity and sharpen their minds.

A discussion is very welcome!