This is not a recipe blog. There are far more knowledgeable cooks maintaining interesting blogs like this one here.

Why, then, does this blog write about cooking? To be sure, I do love cooking for reasons other than the psychodairy this blog serves at times. The smell of fresh rhabarber, a good garlicky hummus, a Lao noodle soup, fried tofu, Korean kimchi, palak paneer… Being busy in a crowded kitchen cooking with friends, telling political jokes while cutting shalottes and dancing to the roaring sound of a blender – I like it a lot.

But it is the psychodairy I want to whip up a little here. When we do something, when we engage in any action, we can distinguish between the process and the result. When we write something, when we travel, paint, repair a bicycle, sew, drill, comb, brush, scratch, walk, meditate, breath, talk, and so on we can differentiate between the process itself and how it affects the status quo post. Now if we judge each other’s activities (which is our normal mode of interaction), we intuitively want either

In order to show A) or B) we can refer to the process as well as the result, whichever supports our argument. If I want to show that you are a bad driver, for example, I can argue that the driver itself (the process) was too dangerous, uneconomical, or slow. But if this doesn’t work, because I drive irresponsibly myself, I can refer to the result that you arrived later at the party. This practice mixes the activity and the result because it derives its arguments from both and hence achieves functional unification and blurring of the semantically important distinction. 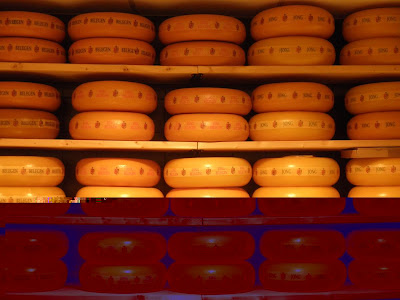 This doesn’t appear harmful at first sight. But if someone on whom rests bad prejudice want to accomplish something, he can be too easily denied because of the way he does things. People don’t look plainly at the result because they have been preoccupied with establishing A) or B).

When we cook, the distinction between process and result becomes very clear. Someone can tell you that you have to cut your vegetables in a different way, that you have to lower the heat or boil the water first or cut the onions in finer dices, out of a sickening appetite for power, but he can’t argue with the results. The freshly cooked food, waiting on our tables to be eaten, is the result of an action that is still relatively independent of the process leading towards it. Here is our opportunity to defy the madness of power-slaves telling us how to do anything we do. Here we don’t have to waste any words on counterarguments but we let what we cooked speak for itself.

And a friend might be even interested in how we did it, so over dinner we share our ideas; A) and B) stand untouched with the table salt.

creativechoice is maintained with the help of its readers. if you enjoy what you are reading, please consider a small donation with Paypal:
Instagram post 17999853841331781